My Clinical Profile Summarized in English

This section has been created to accommodate the non-Danish speaking population, as well. Namely, exchange students, English speaking Danes, mixed couples, and English speaking residents living in Denmark; all of which are more than welcome to inquire at my practice.

There is no one solution to all our problems. Whereas some clients prefer to learn a few, concrete techniques to deal with their thoughts and emotions in the everyday, other clients prefer to go deeper into the understanding of where their issues stem from.

Therefore, I, being the therapist, always try my best to tailor an intervention to fit your specific needs. Some clients I see often, and some rarely; some clients come to my office during a shorter span of their lives, whereas other keep coming back for years.

One session of individual therapy lasts 50 minutes, and one session of couples or family counselling lasts 90 minutes.

The going rates for individual therapy lie between 700 and 950 DKK depending on the clients’ occupational status (i.e., students and unemployed citizens pay the lowest rate).

The going rate for couples and family counselling lie between 1.400 and 1.900 DKK, following the same principles as mentioned above.

Note: In case you prefer to order in advance, I would be pleased to offer you 10 sessions at a reduced cost.

Cancellations must be submitted to me by email no later than 24 hours prior to the scheduled therapy session. In case of late cancellation, a full fee must be paid.

If the issues and wishes of a client appear to lay outside of my professional scope, I do not hesitate to make a referral for another therapist.

Send me an email for more information, and to book your first session: glennbech.dk@gmail.com

As children, we learn to attach to other human beings when our relationships have been characterized by closeness, predictability, and a sense of security.

Our parents prove capable of reading and understanding our emotions and needs; they have generally managed to relate to us in an empathetic way, and in those few situations where they were not capable, they soon afterwards took upon themselves the responsibility to repair any breaches of trust. Therefore, during childhood, what benefits us and encourages our development is the continual experiences of our parents being attentive and emotionally available.

Parents who live up to their parental responsibilities are usually predictable in their behaviours, so the child knows where they are at, and what is going on. There has not really been huge fluctuations nor sudden withdrawal of care and comfort.

As children, we need help to regulate our emotions to become more independent as adults – and our parents should have respected our boundaries and supported our intrinsic, human growth, including our needs for exploring the surroundings, ourselves, and thus our very own interests and opinions.

This also – or may I say, specifically – applies when our emotions and thoughts were not necessarily congruent with those of our parents.

It is, in fact, this very safety-net – feeling in our hearts the unconditional support of our parents – that makes the foundation on which we can mature into adolescence, and later adulthood.

As children, we must learn that we are lovable – just as we are. The affection of our parents should not be conditioned by any particular way of being, nor on us achieving anything special in life.

Secure Attachment as an Adult

Those previously mentioned ways in which a person was securely met by his/her/their close relations act as the working model for how that same person then goes on relating and seeking intimacy throughout their lifespan. Herein lies for instance:

Being securely attached typically makes it a whole lot easier to feel at ease with oneself; allowing those less or more difficult feelings to arise when they do, and to reach out for support when things get further complicated.

If you are securely attached, intimacy and closeness often feel nice in a relationship; you tend to like being in physical proximity of your partner, and most of the time it feels safe to share one’s thoughts, feelings, and just general insecurities and vulnerability, as you trust the person to be understanding.

On the other hand, many insecurely attached individuals tend to feel nervous about showing their partner just how much they like him or her or they, as lifelong issues regarding dependency may be triggered.

As children, the insecurely attached individuals among us were likely to have had their approval seeking behaviours rejected, and as neither comfort nor nourishing parental contact were elicited to really fill the needs of the child, he/she/they naturally internalised the experiences as some sort of ‘born with deficit’ within themselves. To put it in other words, they felt they were rejected because they did not deserve the love and affection that they so much longed for.

And then forms a thought: I am not of value, or I am not of such a value that anyone should or could care for me, really.

As an insecurely attached individual, shame and anxiety is typically triggered quite easily by even just the slightest rejection from ones’ partner, even many years later.

If, on the other hand, you, as a child, grew up to become more securely attached, then feelings of rejection only rarely go as deep as to shake one’s very sense of human worth. On the contrary, rejections are more viewed as integral and thus unavoidable parts of life: maybe the other person was just pre-occupied with her/his/their own thoughts, feelings, insecurities, needs, and/or some random obligations? No matter what, some things you can control, and other things you can’t; rejection, for instance, you can’t always control.

In a mature, nurturing relationship the couple should be able to live together in ways that make room, both for closeness, and separation; for collectivism, and individualism; we/us being together, and the I/me doing my own things. In a mostly securely attached couple, the relationship between them is not dominated by separation anxiety, nor doubts as to whether one partner loves the other more.

In this respect, recent research into attachment theory shows some very promising findings; namely, that if just one of the partners within a relationship is securely attached from his/her/their upbringing, then the other partner – simply by mirroring or modelling that calmness – may in fact learn to become more securely attached to themselves.

In time. With effort.

In other words: There is help available. Of course, there is.

Whether we are talking about a friendship, an intimate romantic relationship or a solely professional therapeutic relationship, the vulnerable person will be capable of healing when they feel heard and accepted in a similar manner as to which he/she/they so longed for as a child and growing up.

Lastly, it is important to mention that all of us, simply by being individual human beings, naturally tend to fall in between the categories, meaning that no one is only always securely attached; neither is one only always insecurely attached. People are complicated, multi-faceted creatures, and factors such as self-esteem tend to affect us from context to context. Whether we are well rested, nourished, and meaningfully stimulated in our daily lives are also great examples of factors that tend to affect the ways in which we skilfully, and intimately relate to one another.

Reading these texts does not necessarily equal the same two experiences for different people; each of us will most likely identify with certain parts of the content over others.

As a client (or, as a coming client), you certainly should not worry too much about whether your issues or trauma are “heavy” enough to be taken seriously by a therapist.

At least, that’s my professional opinion.

Whether you’re looking for acute guidance and intervention, or rather to prevent your struggles from getting worse, I will argue – nevertheless – that by investing in your mental health, you’re making one of the smartest decisions of your life. Of course, I wouldn’t have become a clinical psychologist if I thought otherwise.

PROFILE: As a psychologist and author, I conceive myself to be a facilitator of change. I am the first in my family to ever graduate from high school, and in January 2021, I published my best-selling, record winning autobiographical novel about breaking away from toxic masculinity and negative social inheritance entirely. When not giving speeches and talks, i.e., about the relations between writing and self-therapy, I am doing my outmost to exercise a non-judgmental approach in my practice as a clinical psychologist. It is my wish for everyone to feel inspired and rid themselves of shame; let me help you put up those boundaries in order to live more authentically in touch with the person you desire to become.

The publication of a self-help book entitled “Anti-dose – contemplative mantras to everyone who grew up in a dysfunctional family”.

Volunteer, and later elected Chairman, of Plexus, a non-profit collaboration under the Red Cross.

Teacher of Work and Organizational Psychology at Aarhus University.

Research Assistant at the Centre for Health Psychology, Aarhus University.

Therapist in training at the Centre for Psycho-oncology, the University Hospital of Aarhus.

Therapist in training at the Centre for Drug Addiction, the Hospital of Vestfold, Norway.

Therapist in training at the Families Centre specialized within the autism-spectrum disorders.

Master of Psychology at Aarhus University. 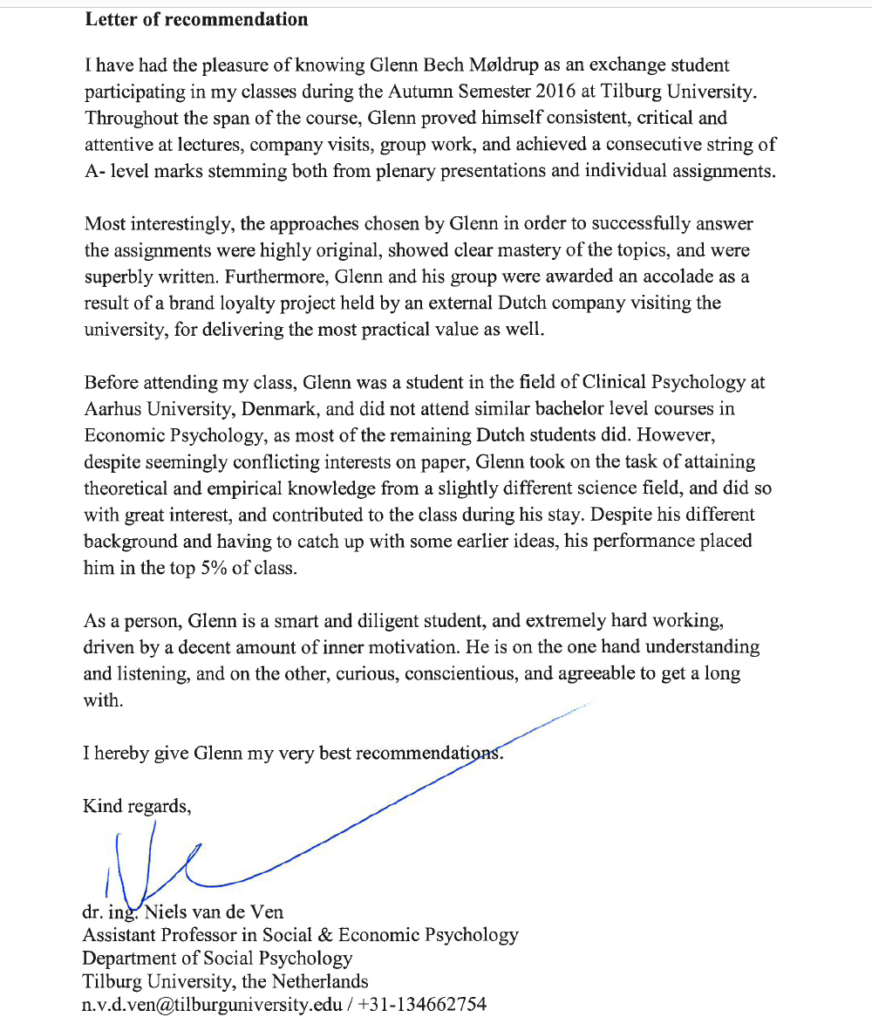 Choose this option “lokaler” to get a closer look at my therapeutic spaces at Hejrevej 30, 2400 Copenhagen.

Please, do click on this image if you would also like to examine my clinical profile as shown at Psychology Today.